The Real Power of Networking

The Real Power of Networking

In my role as a peer advisory facilitator and business coach, I work with many women business owners and female executives. When the subject of networking comes up, I often see the eye rolls and hear the sighs. As busy women in demanding business roles and as mothers, wives, and daughters juggling the daily demands of job, family and friends – the extra burden of making time to “network” seems overwhelming.

The reality is that many women fail to start thinking about their network until they “need it”, and by then it’s often too little, too late.

Unfortunately, I’ve seen many corporate executives with a successful career find themselves out of a job due to an acquisition or downsizing. Through no fault of their own, they still find themselves in the job market and the only relationships they’ve developed are the ones with their co-workers.

But networking is about more than “sales”. It’s about building relationships that have far reaching implications and results. It’s about “helping” people when you understand more about them and their business.

Let me share a real story about a recent networking connection. I met retired Army Brigadier General Robin Akin at an event a couple of years ago. As she was introducing herself, she mentioned that since she retired from the Army, she was looking for ways to get involved in helping veterans, especially women veterans. I volunteer with a great non-profit called Attitudes and Attire by speaking to their women’s workshops on interview skills (which I incidentally connected with at a networking event).

I knew that Attitudes and Attire recently started a Veterans’ program to help women vets who were transitioning back into the workplace. So, I reached out to Robin, suggested we have coffee to get to know one another, and personally introduced her to Lyn Berman, the CEO of Attitudes and Attire. It turned out to be a match made in heaven. Robin has become a valuable resource for this non-profit. But the story doesn’t end there!

MORE magazine recently awarded Lyn Berman the MORE Impact award, honoring women who have had a positive impact on the world. MORE hosted Lyn at a luncheon in Washington DC where Michelle Obama was the keynote speaker. As Lyn talked to MORE magazine about their programs at Attitudes and Attire, she shared the relationship with Robin Akin.

The current issue of MORE with Michelle Obama’s picture on the front features Robin Akin’s story and is currently available on newsstands. What started as a simple introduction now has Robin featured in MORE magazine.

Since then, Robin has become a friend who has spoken about her experience in the military at one of our EWF International events. She’s also volunteered to meet with a young sister of a family member who recently joined the military. How many enlisted army privates ever have the chance to sit down one on one with a Brigadier General and discuss their military career goals?

You just never know where a new connection can lead. This one came from a simple follow up invitation for coffee. Networking is about building connection, building relationships and being truly interested in other people and how you can help them. 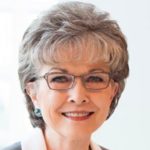 Tanis Cornell is the Dallas owner of EWF International where she leads and facilitates peer advisory forums for women business owners and executives. She is also the founder of TJC Consulting, a boutique consulting firm offering personalized assessments, leadership development workshops, and training classes that focus on developing and strengthening leadership skills, fostering teamwork, and increasing communication skills.