February may be the shortest month of the year, but what it lacked in days it made up with minimum wage and overtime developments at the federal, state, and local levels.

A Second Look at Dual Jobs: A full panel of the U.S. Court of Appeals for the Ninth Circuit will determine what deference, if any, should be given to the U.S. Department of Labor’s (DOL) interpretation of its “dual jobs” regulation for tipped employees. Previously, a three-judge panel rejected the requirement in the DOL’s Field Operations Handbook that work should be evaluated on a duty-by-duty and minute-by-minute basis to determine whether a tip credit may be claimed for specific time worked by a tipped employee.1

While We’re on the Subject of Tip-Rule-Related Litigation: On February 2, 2018, the DOL sought its seventh extension of time to file its brief in response to the National Restaurant Association’s request for the U.S. Supreme Court to review an Obama-era tip pooling regulation. The DOL claimed it needed more time to respond based on new rulemaking it proposed that would rescind the challenged provisions.

Alaska Subminimum Wage Eliminated: As we highlighted last month, on February 16, 2018, an Alaska regulation permitting employers to petition the state labor department to pay individuals with a mental or physical disability less than the state minimum wage was repealed.

Upcoming Santa Fe Increases: Annual minimum wage adjustments were announced in the City of Santa Fe, and County of Santa Fe, New Mexico. On March 1, 2018, both rates will increase from $11.09 to $11.40 per hour. Additionally, the minimum cash wage that covered tipped employees may be paid will increase from $3.32 to $3.41 per hour under the county ordinance, which applies only in unincorporated areas. The city ordinance does not expressly address the minimum cash wage / tip credit question, but federal and state law permit a minimum cash wage of $2.13 per hour if direct wages plus tips equal at least the minimum wage.

Minneapolis Prevails in Minimum Wage Ordinance Challenge: On February 27, 2018, after a bench trial, a Hennepin County, Minnesota district court judge held that the Minneapolis Minimum Wage Ordinance was not preempted by state law, that minimum wages are not solely a matter of state concern, and that local regulation of minimum wages would not have an unreasonable adverse effect on the general populace of Minnesota. Accordingly, the court denied the challenger’s requests to find the ordinance invalid and unenforceable and to permanently enjoin the city from enforcing it. The decision could be appealed.

What Passed At Least One House: Vermont SB 40 seeks to increase the state minimum wage from $10.50 per hour to $15.00 per hour as of 2024, beginning with incremental increases in interim years and implementing annual increases thereafter. Mississippi HB 1241 proposes to, among other things, prohibit local laws regulating or creating remedies for wage and hour disputes. Currently a state statute preempts local minimum wage laws. Similarly, West Virginia SB 458 would prohibit local laws requiring a wage greater than required under state or federal law. Arizona HCR 2028 aims to submit to the voters a proposal to eliminate the rebuttable presumption that arises when adverse action is taken against an employee within 90 days of the employee engaging in protected activity under the minimum wage law.

Miscellaneous Local Developments: On February 5, 2018, the Baltimore, Maryland City Council passed a resolution calling on state legislators and the governor to enact legislation establishing a $15.00 per hour statewide minimum wage. On February 21, 2018, the Saint Paul, Minnesota City Council received a report by a non-government organization, the aim of which was “to identify the key questions, resources, and stakeholders that would need to be part of a larger potential effort in 2018 to . . . propose an implementation plan for” implementing a citywide minimum wage. Reports suggest that in March a minimum wage ordinance is expected to be introduced in Redwood City, California, located in the San Francisco Bay Area.

We will continue to monitor and report on minimum wage and overtime developments as they evolve.

About the Author: Sherry Travers 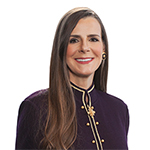 Sherry Travers is a seasoned labor and employment law attorney, representing employers exclusively. She is a Shareholder in the Dallas office of Littler Mendelson, PC, the world’s largest management-side law firm, [insert break here] and has extensive experience litigating and consulting on behalf of employers in a wide range of employment matters. Sherry represents employers in many industries, including healthcare, construction, energy, food service, hospitality, property management, contingent staffing, financial services, engineering, transportation, technology, retail and automotive employers. She is Board Certified in Labor and Employment Law by the Texas Board of Legal Specialization and is her office’s business development team leader. Sherry is also a Leadership Dallas graduate, serves on the Leadership Dallas Alumni Association’s Board of Directors, as well as the Board of Advisors for the Dallas Regional Chamber and is Littler’s Chamber liaison. She also serves on the American Red Cross North Texas Region’s Board of Directors, the Philanthropy Committee and is a Tiffany Circle member.