What Everyone Forgets About Stalls and Objections

What Everyone Forgets About Stalls and Objections

As seen on Lushin

Take a few minutes and write down every stall and objection you’ve had in the last few years of selling. Think back to prospects and situations. Replay those tapes in your head. Is there a common thread to your list? Is it shorter than you thought? Longer? The reality is that most stalls and objections are the same ones that you heard last year and the year before, which means you’re doing nothing to resolve the issue in the first place. Otherwise, it wouldn’t keep coming up.

A stall, in general, stops momentum. If an airplane “stalls,” the wings actually stop flying. Stalling an airplane close to the ground will cause it to crash. To prevent airplane stalls and crashes, pilots are trained to deliberately create them, they then practice recovery as part of their flight training. In the instance of the student pilot, he or she will point the plane high in the sky and hold the stick back until there’s no longer enough speed to keep the wings flying. The plane starts “buffeting” as air is displaced, and eventually, the nose drops down towards the ground. The beauty of the airplane stall is that it is entirely predictable and preventable. When the plane “buffets,” the pilot merely lowers the nose or increases engine power and the stall is avoided. Simple!

So why don’t we apply this same concept to our sales situations?

We know from creating our list of stalls and objections that they’re predictable. And if they’re predictable, how can we prevent them? By simply incorporating steps into our sales process that address head-on the prospect’s issues/concerns related to the typical stall and objection. If we know that a prospect is going to say something like, “We’re going to explore doing this ourselves,” then we had better be discussing what’s involved with the do-it-yourself process. What kind of expertise is required? We need to help the prospect understand the kinds of pitfalls companies face when they elect to do it themselves well before they make that decision.

Spend some time thinking about how you can prevent/work around the typical stalls and objections you face in sales. If you can’t figure it out, get with someone who has and enlist their help. 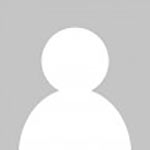 Tina is relatively new to Dallas. She moved her from Missouri in January, 2014. There are several Sandler Training franchises in the Dallas/Fort Worth area, Trustpoint differentiates itself by being dedicated to bringing incredible value to our clients by providing exceptional live training as well as, video, online, and virtual training. Tina’s philosophy is to be a giver – looking for ways to help others grow their business through understanding their business and looking for people to connect them with that will either impact their business directly or indirectly (strategic partnerships). She was born in Tulsa Oklahoma. When she was four, her family moved to the Philippines. She lived in the Philippines until she graduated from high school. She graduated from Liberty University with a Bachelor’s degree in Psychology. Most of her family lives in Tulsa and they spend as much time as possible together. She likes to run and has run several marathons and half marathons. She also like to read and makes it a point to read at least one book a month.